Theft is a broad umbrella term that covers many forms of stealing. From identity theft to robbery to fraud, there are lots of ways people can steal. A common form of stealing that people of all ages often commit is shoplifting. The charges of theft are determined based on how much and the value of the property you stole. Depending on the amount stolen, shoplifting charges can result in you needing felony or misdemeanors bail. If you need theft charges bail bonds in Austin, call us. If you have been arrested for shoplifting and need theft charges bail bonds in Austin, TX, ATX Bail Bonds is waiting at 512.834.2245 to help. 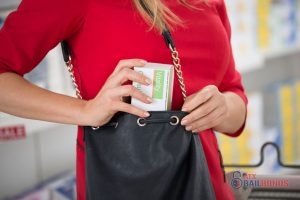 OTC Drugs Are One Of the Most Common Shoplifting Items

5 Items Americans Steal The Most