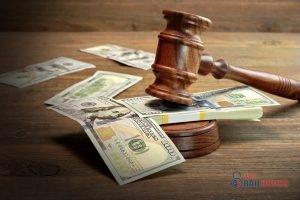 Bail Can Be Very Expensive, But a Bailbondsman Can Help You Afford It.

When you get arrested and are charged with a crime, you are sometimes allowed to be released on bail. That means that you or someone you know, will pay a set sum of money and you will be able to leave on the promise that you will show up to your court date when you are supposed to. Bail is set, based on what you have committed and what the judge deems is necessary. Sometimes they look to see if you are a first time offender. They will also look at the crime you have done and typically, the more serious a crime is, the higher your bail will be set at or in some cases, like capital murder, you may not be granted bail at all. It is important that in the situation if you are getting a loved one bail, that you understand all that will happen if they do not show up to court when they are supposed to.

Drug Charges – In a first drug offense, you will likely have a lower bail set.

Violent Crimes – Depending on the crime, a violent crime may be a given a bail or it may not, but you will likely have to pay a very large amount for things like this.

Your best bet if you cannot afford bail, is to not do a crime. Bail is made to be a first step in realizing that you have made a mistake and are now being punished for it. If you do find yourself in a situation where you need to make bail in Austin, TX, call ATX Bail Bonds at 512.834.2245 and let us help you.