Sometimes our view on things tend to get a little distorted when they come from stories and T.V. shows. Murder just might be one of these things. If you’d like to know a few real facts relating to murder, we’ve compiled a few of them for you: 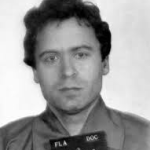 Who commits the most murders? Studies indicate that the vast majority of murders get carried out by males between the ages of 20 and 24. However, while males commit the most murders, they also most frequently end up as the murder victim, unlike common movie tropes would have us believe.

What weapon do you think gets used the most in murders? The answer, unsurprisingly, points to guns. Approximately 70% of murders reported get associated with gun violence.

Most murder victims end up getting murdered by people that they previously knew. For women victims, 38% get murdered by their significant other: spouse or boyfriend.

Did you find these interesting? While at ATX Bail Bonds, we don’t provide murder bail, we can help you out with any other bail services you might need. For more information, don’t hesitate to give us a call at (512) 834-2245.