America places a lot of importance on not wrongfully convicting people. That’s why the bail process is so important; you’re not supposed to be punished for a crime until you’re convicted. Did you know the history of bail dates back to the 13th century? Here’s a look back at the history of bail bonds: 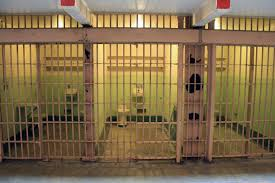 The beginning of bail bonds took place in 13th century England. Then, local sheriffs were able to use their discretion when jailing people, a power they were prone to abusing. The Statute of Westminster was implemented to discourage this abuse; it made certain crimes available for a bail out. The bail process remained basically the same for hundreds of years after this.

The Bail Reform Act of 1966 is widely considered the most important advancement in bail rights; it allowed people to get out of jail “on their own recognizance” as long as they weren’t charged with a capital offense. The only time bail rights could be restricted is if the accused was considered a major flight risk.

The Bail Reform Act of 1984 served to restrict  bail rights in cases where the accused was considered to be a threat to community. This applies to both violent and drug crimes.