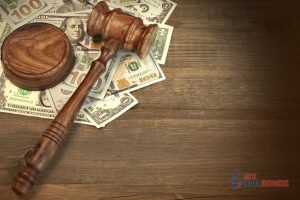 Depending On What Your Crime Is, Your Bail Will Vary.

The difference between a misdemeanor and a felony can make all the difference in the world, especially when it comes to bail. This could be the difference between a couple hundred or thousand dollar bond, to a several thousand to a million dollar bond if the crime is deemed bad enough. The amount the bail is set won’t be your only concern though. If you find yourself in the position of a felony, you may be looking at a lot of years behind bars as well. Once you have been arrested and booked, the next step is, arraignment. You will stand before a judge and they will let you know what your charges are and then ask if you would like to enter a plea. It is at this point that the judge will then decide what your bail will be set at. A lot of factors go into making this decision: seriousness of the crime, what you plead, if you have prior convictions, and above all else, the discretion of the judge. Bail, by law, according to the US constitution is supposed to be set at a fair and reasonable amount, but often times this is not what ends up happening. If you know that you have a warrant out for your arrest, you can also set up a walk through bail and turn yourself in. You don’t want to get arrested in a public place like your work, so setting up a walk through bail and turning yourself in will get you all set up for when you are in jail and will get you out faster.

A misdemeanor is usually a smaller crime, something like a DUI or being drunk in a public place. These crimes are much lesser than a felony crime and the bail will reflect that. Once you are given the bond amount, you can then get in touch with a bondsman to help you post bail if it is not something that you can afford. Once the bail is posted, you are able to leave jail on the promise that you will show up for court and that you will pay the bond back. Sometimes this process is very fast, but other times it may take a day or two of waiting. There are also surety bonds that can be used for this. What is a surety misdemeanor bond? This is a bond that is taken out by someone else, usually a bondsman and then promised to be paid back upon certain terms.

A felony bond can be very different. This is because the charges are much heavier than a simple misdemeanor crime. They often times are tacked on with several other charges and depending on what you did, you may not even be granted bail at all. This is up to the judge and when they are reading over what you did, they will determine if it is safe for you to be out on the streets while awaiting your trial. The more violent the crime, the higher chances your bail will be denied or set at an amount that is impossible to pay. Every state is different and each have a set amount on which bail can be set to for certain crimes. Once you have an arraignment, you will then enter a plea of guilty, not guilty, or no contest. The judge will then decide what your bail amount is and if you get one, you can determine if that is able to be paid or not. What is a surety felony bond in Texas? This is something that you can do with a bail bondsman and will allow you to only have to pay around 10 percent up front and then the bondsman will post the other. This comes with strings to the bail company and to the court itself.

How Is Bail Set 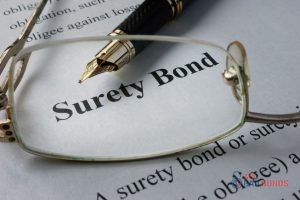 When You Get a Bond, You Are Promising To Show Up To Court.

Bail amount is set on a variety of factors. Your age, criminal history, what the charges are, and what you did to get you to this point, are all things that will be taken into consideration when your bail is set. Misdemeanors are set lower than felonies for many reasons but a big reason is danger to the general public and being a flight risk for the court. Here are a few prices for various misdemeanor bail charges, but remember that there are different bail amounts for different crimes.

Battery – Battery of a spouse is somewhere around $10,000, where battery against a police officer could be as low as $2,500.

DUI – This will all depend on how many DUI’s you have had in the past. Let’s say it is your first one, you will probably have a bail set around $2,500. The second time it will bounce up to $10,000 and will continue to increase from there until it is finally bumped up to a felony.

Controlled Substance – When you are arrested for having a controlled substance on your person, the bail is set around $2,500.

Here are a few average bail amounts for Felony Charges.

Murder – This is often the time that you will not receive bail and if you’re lucky enough to get that option, expect for it to be in the millions.

Rape – This crime will set for around $100,000, depending on the violent nature of the crime and the discretion of the judge.

Can a misdemeanor be turned into a felony?

This usually happens when either a lot of charges are stacked on top of one another. Another way is that if it is not the first time you have committed that crime, they may see that you are not changing your behavior and then they will bump it up to a felony. This is a much more serious charge and you will likely be facing several years or longer in prison for this.

Can a felony be dropped to a misdemeanor?

A felony can be dropped to a misdemeanor. Your lawyer can help you do this, but it usually comes in the form of a plea agreement. Sometimes, the charges are weighing on several different charges and if you can get those charges down, you may be able to lower the felony to a misdemeanor. You can agree to some jail time instead or a higher fine, it all depends on the charges and the judge that you are working with.

Differences Between Felony and Misdemeanor Charges

There is a big difference between a felony and a misdemeanor charge is the seriousness of the crime. For example, the difference between felony and misdemeanor theft would be that a felony would have a higher bail and it would also hold more prison time. This means that the theft was probably tacked on with other things like the person was probably armed or it was not their first time doing this. If you find yourself with a felony bond in Austin, TX, call ATX Bail Bonds at 512.834.2245 and we will help you in any way that we can.