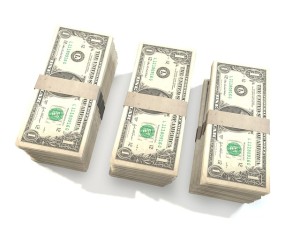 The man who had the enacted the biggest white collar crime in modern history and had the term “Ponzi Scheme” coined after him: Charles Ponzi. In the 1920s, Ponzi would pay back his investors using his other investor’s money, keeping the profit for himself. He was arrested for fraud, served 14 years in prison, and died in poverty.

A shock in 2003, America’s Stepford Wife was arrested for tax evasion! In 2001, she got a tip her stock was going to drop and pulled all of her shares out, avoiding a $45,000 loss. In 2003, she was exposed for her insider trading and indicted on nine counts, including securities fraud and obstruction of justice. She only spent 5 months in jail and got a fine of $30,000, less than what her stock loss would’ve been.

While currently ongoing trial for alleged tax evasion, Sorrentino is having his trial drama play out on the current season of ‘Jersey Shore: Family Vacation.’ He was accused of failing to pay $9 million in taxes from earnings made in 2010 to 2012. Pleading guilty to felony tax evasion in January 2018, he will face sentencing in September 2018 and faces up to five years in prison with a maximum $250,000 fine.