Have you ever been so hungry, you could punch someone? Or firebomb a fast food restaurant? (Okay, that escalated quickly!) If so, you’re not alone. Here are five situations where food triggered attacks, made people thirst for revenge, or was straight up used as a weapon.

Moon pies are delicious, and nobody would agree more than Louisiana councilman John Givens. After being caught on tape eating a moon pie he hadn’t bought, the councilman flashed his ID at the store clerk and said, “You must not know who I am.” It didn’t matter; Givens was charged with theft and paid a $1000 bond. Wouldn’t it have been easier just to buy the pie? 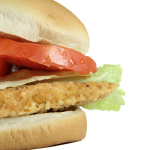 Marvin Hill of Iowa was sleeping one afternoon, when he awakened by his pregnant girlfriend and presented with a McChicken sandwich to eat. As it turns out, Hill hates McChickens, so he threw the sandwich at his girlfriend, then picked up the bun and forcefully smashed it into her face. He was charged with simple domestic assault.

Well, plenty of people do like McDonald’s food — maybe too much. When Melodi Dushane of Ohio showed up drunk to her local Mickey D’s, she became furious when she learned that the restaurant had stopped serving McNuggets for the night. Dushane was caught on video punching the drive-through worker, swinging at another, and punching the drive-through door until it broke. That’s just rude! 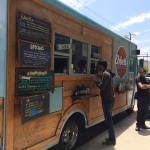 The Most Popular Taco Truck

Maria Arellano of Denver operated a taco truck that sold more than just delicious food. Apparently, Arellano was part of a drug ring that used the taco truck as its base of operations to sell meth. She and her customers had worked out code words to establish how much meth each customer wanted. It’s safe to assume she had lots of repeat business!

Hunger can make some people overreact. Maybe that played a part in a Georgia man’s decision to firebomb the Taco Bell that didn’t put enough meat on his XXL chalupa. The man discovered the stingy serving after he got home, and returned to the restaurant to ask for more meat. Unfortunately, the Taco Bell had closed for the night. Employees later smelled gasoline, and realized that the man had attempted to blow up the building! He was never caught.

Those were some humorous tales, but bail is serious business. If you need help posting your bond, ghttps://www.atxbb.com/contact.htmlive us a call so that we can get you out of jail fast!