Depending on what kind of crime you commit, bail bonds can be a bit pricey. Usually, if it’s a really bad offense, bail bond prices can be set as high as $10,000. However, there have been many cases where bail bonds have been set at $10 million or more! Here are four of the most expensive bail bonds ever. 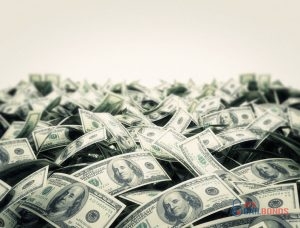 The Most Expensive Bail Bonds Have Been Up to $250 Million.

One of the most notoriously expensive bails bonds was when Michael Milken was arrested in 1989 for 98 counts of racketeering and security fraud. His bail was set at 250 million dollars. Milken was found guilty and sentenced to ten years in prison, but only served two years of his sentence.

This is a husband/wife duo who had a combined bail bond price of 175 million dollars, one of the most expensive bail bonds in the world. Kening Ma and Shirley Ji were living in Southern California and selling all-terrain vehicles. Doesn’t seem like a big deal except they were selling the all-terrain vehicles without a smog certificate, which is a big no-no. Ma’s bail was set at 100 million, while Ji’s was set at 75 million.

Julius Meinl is a British billionaire who was arrested in 2009 for suspicious of being involved in secretive share buybacks that were linked to his European Land Company. Meinl’s bail bond was set at 133 million dollars, making is an expensive bail bond amount, even for a billionaire.