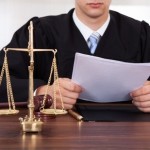 While the right to bail is not established in the Constitution of the United States, freedom from “excessive bail” is provided under the Eighth Amendment. But what exactly is excessive bail? This is a question that our nation’s lawmakers have attempted to answer in a variety of ways. To begin the task of defining excessive bail, it is helpful to start by examining what the Supreme Court has to say on the topic.

There are two primary decisions issued by the Court that give us an idea of the limits on bail after an arrest – Stack v. Boyle (1951) and United States v. Slaerno (1987).

During the 1940’s and 1950’s, there was a great deal of fear regarding communist activities and sympathizers in the United States. One of the results of the widespread fear and anti-communist sentiments was the passage of the Alien Registration Act of 1940, also known as the Smith Act. The Smith Act established penalties for those who attempted to or advocated the overthrow the United States government.

In 1951, 12 members of the communist party were arrested for violating the Smith Act. The government set bail at $50,000 per defendant. The defendants petitioned to lower the bail based on their financial standing, arrest records, and other information. The government denied the request to lower bail. After appealing the decision, the case reached the Supreme Court who was left to answer the question: Does setting bail higher than usual for a group of defendants violate the Eighth Amendment?

Mafia boss, Anthony “Fat Tony” Salerno, was arrested and indicted for violating the Racketeer Influenced and Corrupt Organizations Act, also known as RICO. Salerno challenged his arrest on several fronts including that the 1984 Bail Reform Act was unconstitutional under the Fifth and Eighth Amendments. The Court was left to answer the question: Is the pretrial detention of a defendant punitive, and, therefore, a violation of the doctrine of presumed innocence – violating the defendant’s due process.

The Court dismissed Salerno’s claims that his detention violated his constitutional freedom from excessive bail. The Court reasoned that the government must balance individual liberty with protecting the greater society. In this instance, Salerno was proven to be a danger to others if released pretrial, making it a compelling interest for the government to detain him before his trial. Moreover, because the Act applied to limited circumstances, did not prevent a speedy trial and established a high burden of proof for the government, it was held to be constitutional.