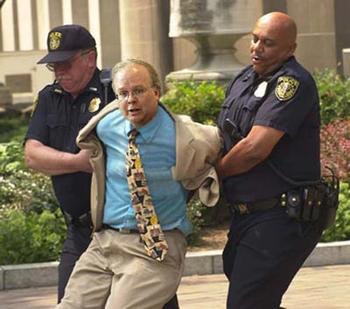 There are three typical levels of bail bonds out there;  County Bail Bonds, State Bail Bonds, and Federal Bail Bonds.  If you find yourself in a situation where you require a Federal Bail Bond, chances are you or the person you are filing for stands accused of a very serious crime.

Unfortunately, for friends and family of the accused, Federal Bail Bonds can quickly get very expensive.  This is due to the increased flight risk someone accused of a federal level crime typically poses.  When a company like ATX Bail Bonds agrees to deliver a Federal Bail Bond, they are additionally promising the court that the accused will be present at all of his scheduled court hearings among other responsibilities.

Federal Crimes are generally viewed as more severe crimes that usually involve narcotics, large amounts of money, injuries or deaths.  This includes (but is not limited to):

ATX Bail Bonds is an Austin-based company staffed with licensed bail bondsmen dedicated to providing you with the best possible experience when obtaining a jail release from Travis County.  Our staff of licensed bail bondsmen will arrange for a bond or jail release of your friend or relative quickly and professionally from the Travis County Jail or the Del Valle Jail.

If you want to get your friend or family member out of jail fast, call us RIGHT NOW!  We have staff on duty 24/7 to handle your situation day or night!